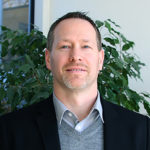 TMP Architecture, Inc. is proud to announce that Fred Grunert, AIA, NCARB, GGP has joined TMP as a firm Principal in our Kalamazoo office. His leadership skills and proven track record on complex, high-profile design projects make him an exciting addition to the firm.

Grunert has over 16 years of professional experience designing, coordinating and managing complex projects and project teams. He received his Bachelor of Architecture and Bachelor of Science in Environmental Design from Ball State University in 2002 and became registered in 2006. He has been a certified Green Globes Professional since 2015. Fred first joined TMP in 2007 in the West Michigan office and was involved on numerous educational projects until 2011.

Since 2011, Grunert has functioned in multiple roles ranging from Project Architect to Project Manager and Vice President leading his previous firm’s architectural department. Under his leadership the department expanded to a staff of 15 and completed a number of major projects. A few of those projects include expansions to Bell’s Brewery in Galesburg, The Exchange, a 15 story multi-use building in downtown Kalamazoo, Newell Brands Design Center in Kalamazoo and the new corporate Headquarters for Viking Group located in Caledonia.

Grunert is also active in the local community where he sits on the Portage Historic District Commission and is currently the President-Elect for the Southwest Michigan Chapter of the AIA where he has served on the Board of Directors for the past 3 years.