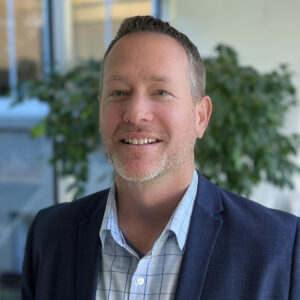 Fred Grunert, AIA, NCARB, GGP has been named a Partner of TMP Architecture.

Grunert serves as Operational Leader for TMP’s Kalamazoo Office and Director of Project Management company-wide.  He has been instrumental in developing and maintaining the processes and tools to support the firm’s project management efforts and guiding the firm’s team of Project Managers.

Grunert holds a Bachelor of Architecture and a Bachelor of Science in Environmental Design from Ball State University. He has been a registered architect with the State of Michigan since 2006, and certified Green Globes Professional since 2015. Grunert is also active in the local community where he sat on the Portage Historic District Commission and with the Southwest Michigan AIA Chapter, currently serving as immediate Past President.