TMP designed an adaptable prototype for three new middle schools – James Geisler, Walnut Creek and Sarah Banks Middle Schools.  Although the spaces are the same, each school has its own identity through different brick colors and distinct material patterns. All three schools are designed around the media center which defines the main entry and serves as the educational core of the learning environment.  Two student commons, one directly adjacent to the media center and the second at the core of specialized educational spaces, further define the organization of the school as a community of learning.  Academic classrooms, including science and computer labs, are organized on two levels within three “houses” each. Specialized academic spaces are clustered into a single academic house, which is shared by students in each grade level.  The cafeteria is also equipped with a performance stage.  An operable partition separates the auxiliary gymnasium from the cafeteria and can be opened to increase audience capacity for both performances and school assemblies.  The main gymnasium seats approximately 750 and houses two full basketball/volleyball courts which can be divided.

Each of the three prototypical schools has its own identity through different brick colors and distinct material patterns. 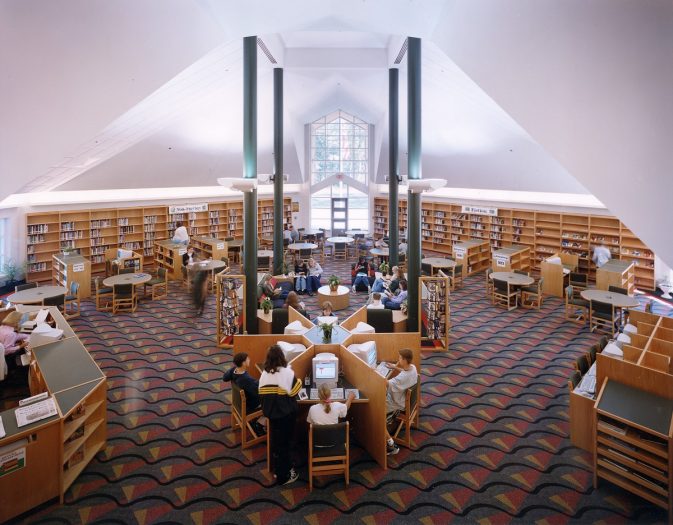 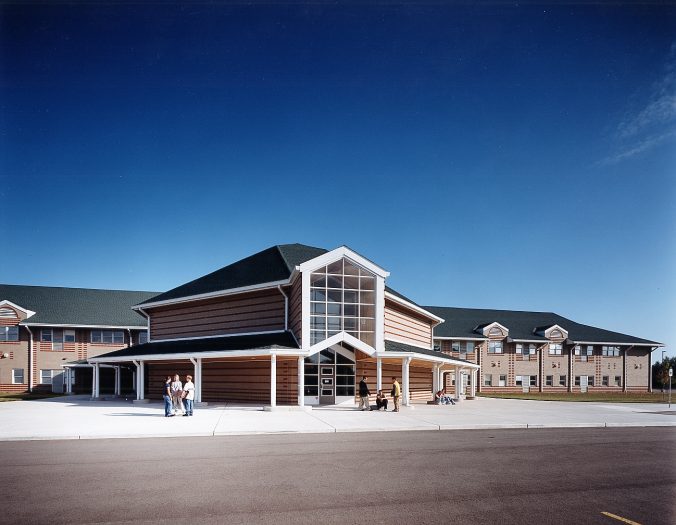 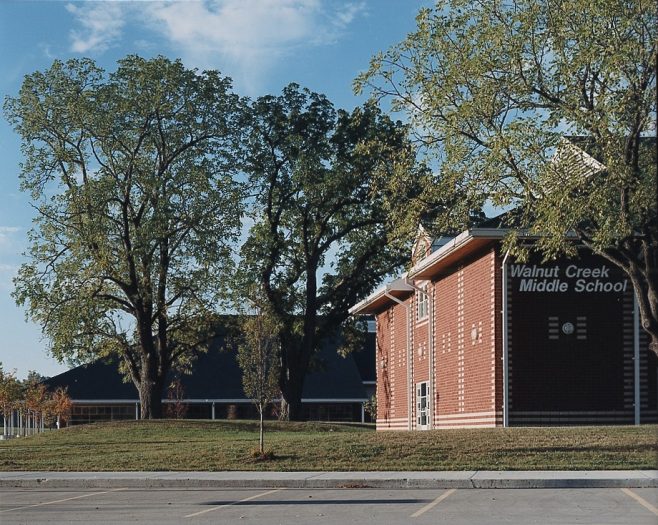 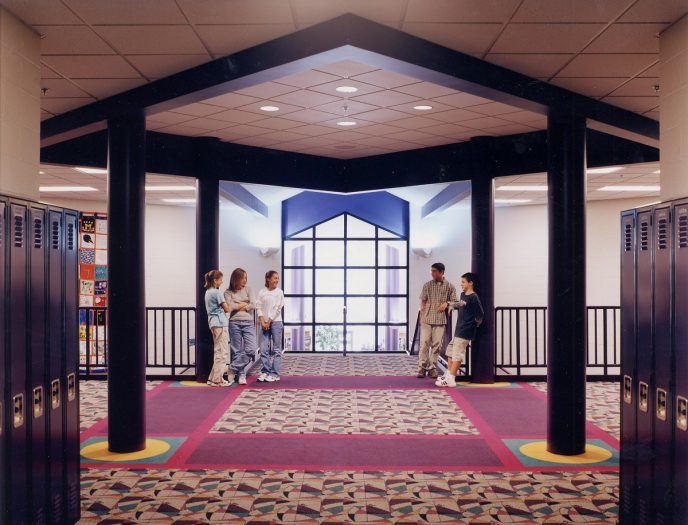