Novi Community School District wanted to make a strong statement about the variety of and vitality of the athletics programs at Novi High School. To bring this goal to life, TMP produced a cohesive space plan with a strong visual statement with a design that emphasized transparency and connection to their stadium as the current facade was predominantly brick with very few windows.

Inside the fitness center, a clear division was made between cardiovascular and weight training areas and a quiet corner was reserved for stretching. Outside, a new curved glass facade serves as a visual icon to highlight the “Home of the Wildcats!” during both the day and night.

One of the biggest challenges of the project was the curtainwall framing system that is anchored to the building by way of cantilevered clips back to the structural steel framing rather than resting on a traditional sill wall. The curtainwall’s installation location, combined with the construction tolerance variances, made it impossible to fabricate curtainwall framing members until the structure was in place and field measurements could be taken. 3D laser scans of the structural frame were used to produce accurate measurements that allowed the vertical members of the curtainwall to center on the exposed structural steel columns and hold tightly to the curvature of the building’s footprint with precisely mitered horizontal members where they meet the vertical members.

The new state of the art Fitness Center excited both student athletes and the greater community, who are all able to take advantage of the building’s features.

One of the biggest challenges of the project was the curtainwall framing system that is anchored to the building by way of cantilevered clips back to the structural steel framing. 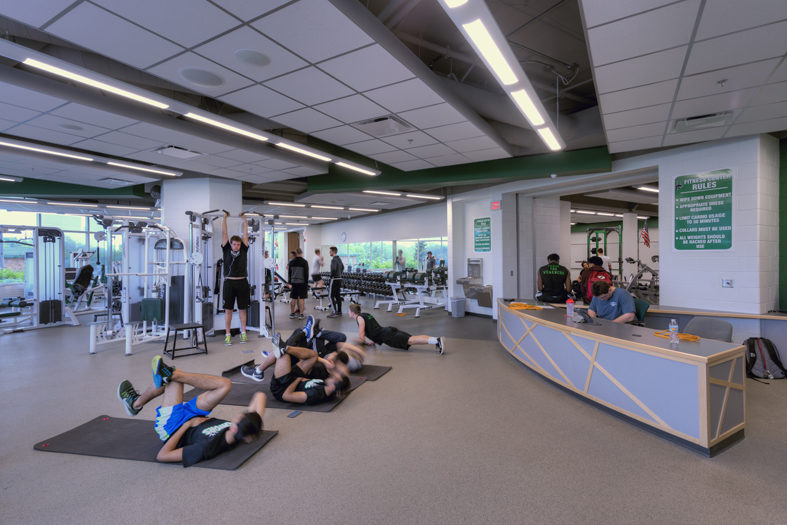 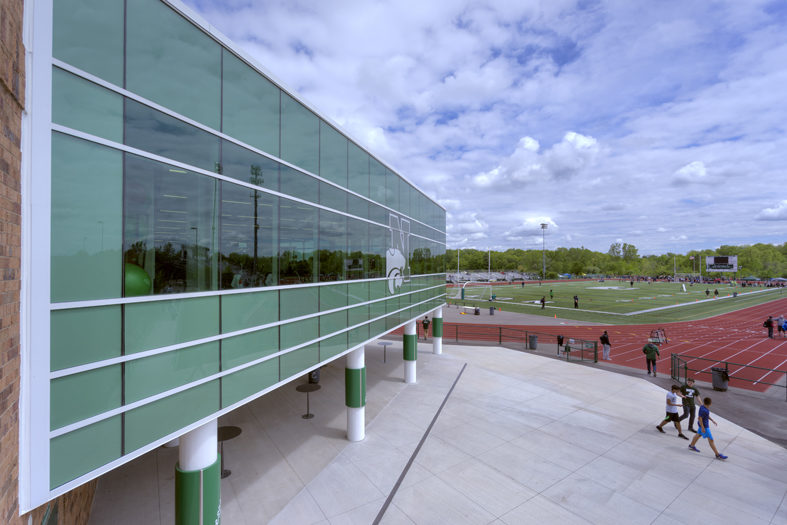 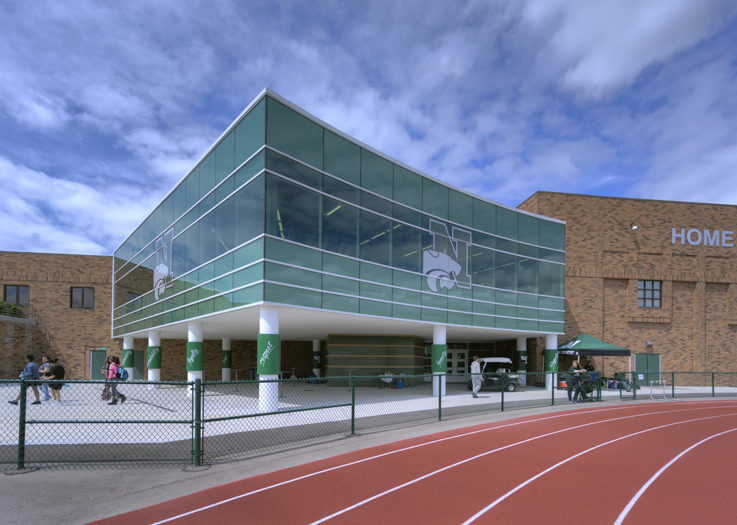 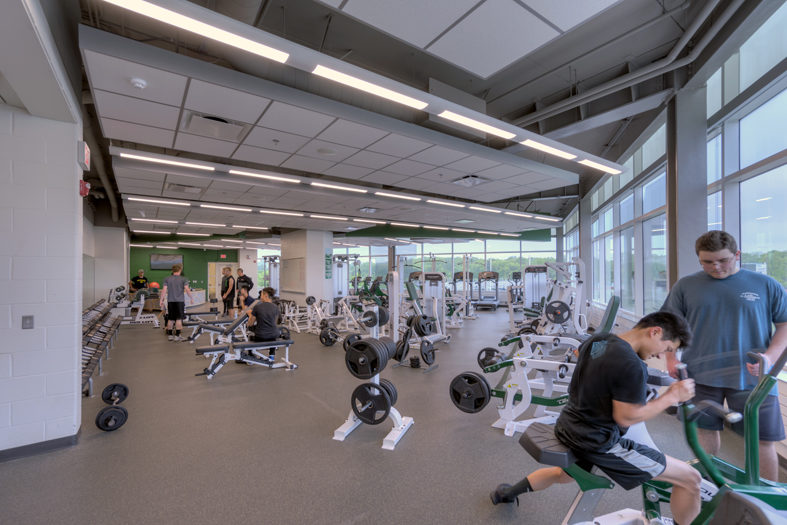 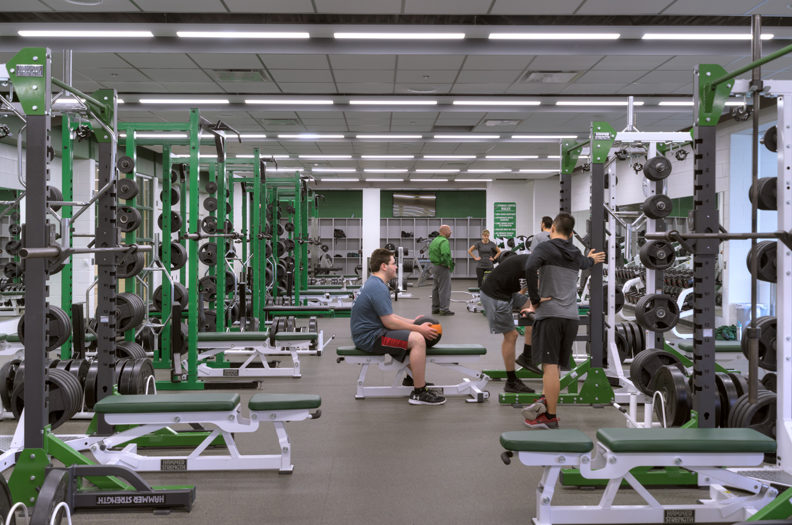 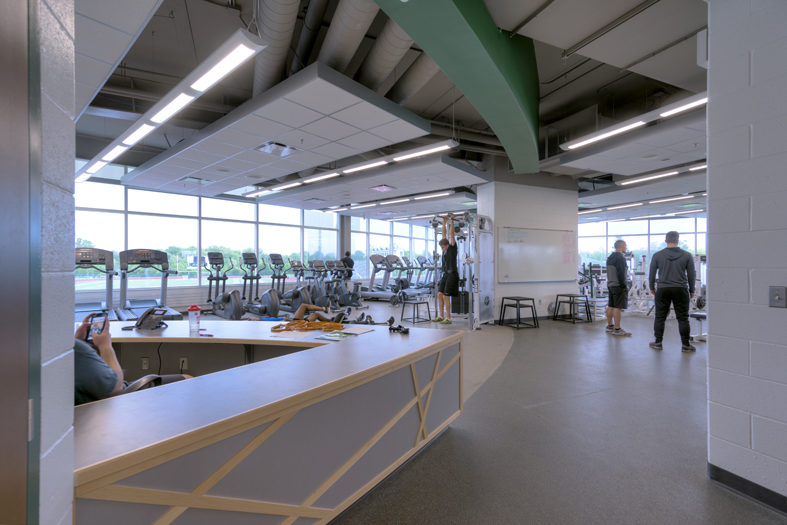